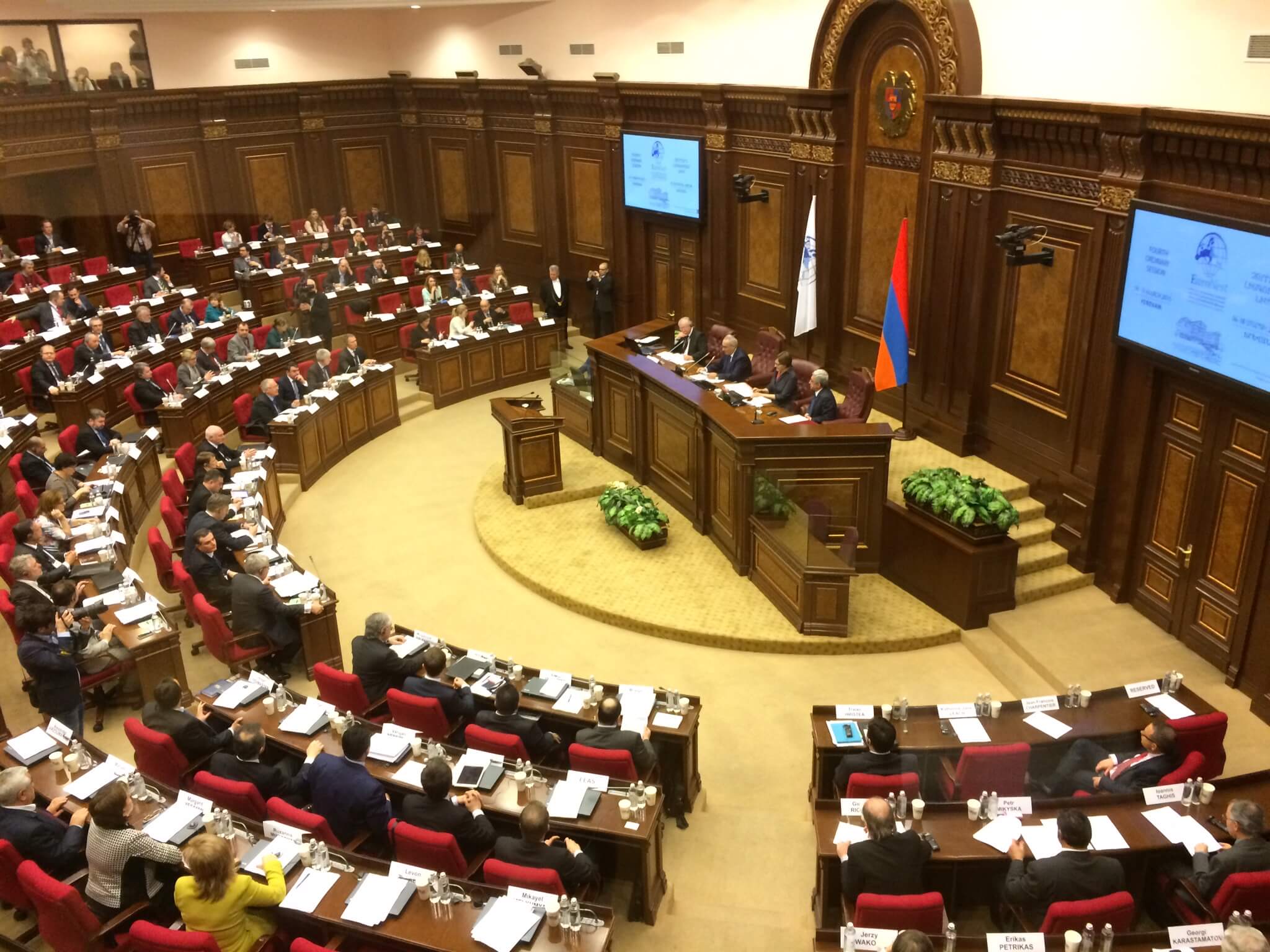 It is for me an honor and pleasure to be here today and open, with you, the fourth ordinary session of the Euronest parliamentary assembly. This is our first session held in Armenia, our Eastern partner country who has always participated very actively in the multi-lateral track of the Eastern Partnership, and in particular in the Euronest activities.

I would like to warmly thank the President of the National Assembly, Mr Sahakyan, and the head of the Armenian delegation, Mr Zakaryan, for their sincere availability and hospitality.

It is good to be here, all the more because this demonstrates the Euronest inclusive and open character in the face of a variety of political choices and priorities our Eastern Partners have to cope with.

I cannot but regret the fact that our Azerbaijani colleagues have chosen not to take part in this important session. This is their assembly too. I hope we will have soon new opportunities for serene political dialogue with Baku in the Euronest format.

The Eastern Partnership would be void without the Euronest parliamentary assembly that lends democratic legitimacy to it; we are convinced of the strength of parliamentarism in the external relations of the EU and of the vitality of parliamentary diplomacy which can solve also difficult issues. In the case of the Eastern Partnership, I am convinced that our assembly constitutes a unique opportunity for dialogue, mutual learning and understanding among its various components, also of very painful issues.

It is true that Euronest parliamentary assembly is still “young”, but it has established well. We should use our possibility to energise the Eastern Partnership. The Eastern Partnership after its ongoing review needs to include more tailoring for different countries, but the countries should not be sharply divided into two groups according the speed of deepening the cooperation with European Union. We need to seek common issues, such as energy security and the opportunities of the EU Energy Union also for Eastern partner countries.

Another common issue in the times of economical crisis is the needed turn towards greener economy. Euronest can also serve as the platform for confidence building initiatives that would help solving the conflicts, also frozen, in the region. In this work we need to include the civil society that is in the position to enhance the accountability of societies and implementation of reforms. I am very pleased that we organized yesterday a special event where we heard the views of civil society.

In this context I call for the immediate release of the imprisoned Azeri members of the Eastern Partnership Civil Society Platform Anar Mammadli, Intigam Aliyev and Rasul Jafarov. Is is not acceptable to hinder the promotion of democratic values.

Finally, I see Euronest’s and especially us parliamentarians’ possibilities to support the countries in their chosen path: helping, especially the countries that have signed the Association Agreements, in their implementation of the reforms. It is not easy to implement the hundreds of EU regulations requested by the Deep and Comprehensive Trade Agreements.
With these words I wish all of you good work and a fruitful Euronest session.

Political influence trampling on women’s rights must be made visible